How to Throw a Surprise Party 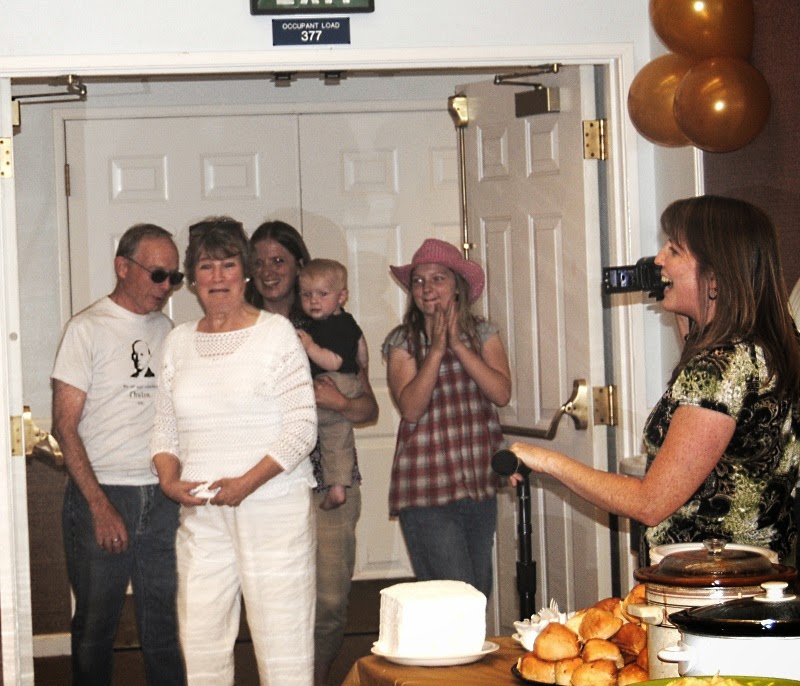 Most everybody loves a surprise. I say "most" because it is true that there are some people out there who hate surprises. So before you consider throwing a surprise party, you have to ask yourself if the person you want to surprise will actually enjoy this. The fact that you have gone to a lot of trouble in your attempt to have a special event may sometimes be overlooked if the guest of honor is shy, doesn't like attention, or stresses with change or the unknown. When my husband hit 40 I thought it would be fun to surprise him with a big party but after 15 years of marriage I knew he wouldn't enjoy it as much as I would and decided instead to celebrate by going out to dinner with friends with no surprises attached. When I told him later of my original intentions he thanked me for not having the surprise party.

After you've honestly evaluated the guest of honor and decided that they would enjoy or at least appreciate a surprise party, you are ready to start planning and plotting. As the host you must be prepared to dream up a clever scheme to fool the guest of honor and succeed in surprising them. This requires creativity and usually a bit of deception. To help you out, here are some tips to keep the surprise a surprise.
Despite your greatest efforts, surprises can be spoiled by innocent remarks and situations. When my oldest son was born, friends at my church threw a huge surprise baby shower. I was totally oblivious until my mom, who was visiting, said something about needing another gift. I stupidly asked why and she fumbled. I knew something was up but I was so touched that everyone would go to the bother for me that I pretended to not figure it out and acted as surprised as I could. I was genuinely surprised at the amount of people who came and cared. My daughter's surprise 16 1/2 birthday managed to be a surprise for months, right up until the about a half an hour before we left for the party. She was curling her sister's hair when my older daughter's friend (who lives in another country) called. My youngest daughter, the soon to be guest of honor, told her to put the phone on speaker so that they could continue curling the hair. Nobody told the friend that she was on speaker so when she asked what my oldest daughter was doing and she said that she was getting ready for a party her friend asked, "Is that the surprise party for your sister?" Ack! The surprise wasn't a total loss, apparently my youngest daughter didn't realize that the surprise party and the party they were going to were the same thing. So the moral of all of this is that if your surprise is discovered prematurely, don't panic. Relax and roll with it! Fretting about it will just make the guest of honor feel bad that they missed out on something, and chances are there are things about the event that will still sufficiently surprise them. After all, even though it is not the ideal moment or the intended moment, at some point, it is still a SURPRISE!

What have you done to keep the surprise in your surprise parties?
Posted by Party Time Mysteries at 9:45 pm